Riot has been patient in working on Wild Rift, the mobile version of the popular League of Legends MOBA. The earlier expected launch date for Wild Rift was in the first half of 2020, but for some reason, Riot decided to keep it under closed beta until now. At the Apple Event 2020 that happened on 15 October, Riot Games made their official announcements about the game and made declared that the game will be available as an open beta for both iOS and Android users.

LOL Wild Rift is expected to come out on 27 October and will be available in the Asian regions for iOS and Android. Indonesia, Thailand, Singapore, Philippines, Malaysia, and South Korea will first receive the open beta of Wild Rift.  Europe, the Middle East, and Russia can expect the game release in December, while America can only expect the game launch in the spring of 2021.

The developers o Wild Rift have said that they built the game from scratch to make it mobile-friendly. There is new for LOL Wild Rift to be available on consoles as well. The 1.0 patch is coming out with interesting additions to the game, including a new hero. 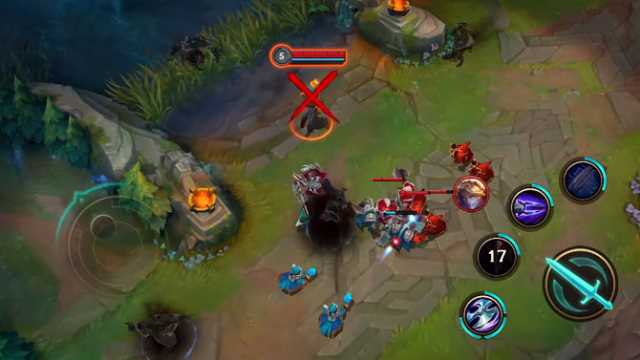 Lee Sin – This new hero is right from the LOL MOBA main, a blind monk known for his sick jumping kicks. Lee Sin is expected to add the thrill of LOL in Wild Rift while also getting the interest of the PC players into trying out this mobile version. Players will be able to buy the Knockout Lee Sin and Muay Thai Lee Sin to flex on the opponents with unique skins.

Wild Rift will also be introducing six new champions in the game under the testing phase until they are fully released later. The players with access to the closed beta will be able to play and test these new characters for free from 22 October and 27 October. These heroes are Akali, Darius, Evelynn, Draven, Kai’Sa, and Seraphine. All the heroes will be available in the open beta for purchase.

Wild Rift will have the in-app purchase options to buy in-game currency. Players from South Korea and Japan can log in to their Riot Games account and earn rewards based on their game time and purchases for LOL PC. The players will be able to earn rewards later in the years when the game will be launched completely.

There are new rosters preparing themselves to learn and master this game as soon as it comes out. Many LOL PC games are waiting to honor Wild Rift the same as the PC version, while others are a bit skeptical about this situation and the impact it will have on the PC gaming community. The developers also promise to release locally-tailored content for different regions in their open beta, releasing new things every day. You can register for League of Legends Wild Rift by going on the Wild Rift website or in the Appstore.